Fruitful in the Land of Your Affliction 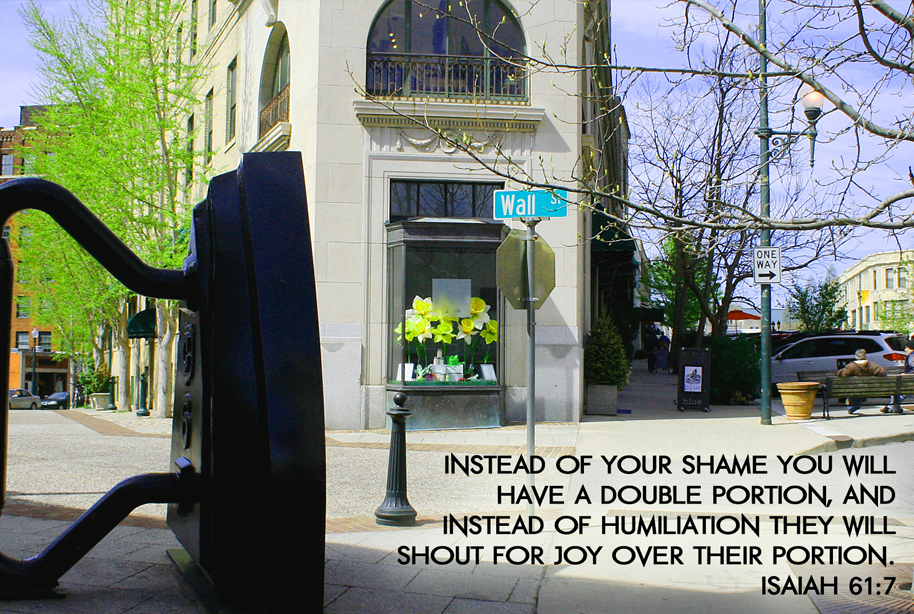 "Now before the year of famine came, two sons were born to Joseph, whom Asenath, the daughter of Potiphera priest of On, bore to him. Joseph named the firstborn Manasseh, “For,” he said, “God has made me forget all my trouble and all my father’s household.” He named the second Ephraim, “For,” he said, “God has made me fruitful in the land of my affliction.” Genesis 41:50-52

Joseph was at a crossroad in his life. He was about to be launched into the reason God had brought him to the planet.

Within us is this dream that has been given to us by God. We are born with a sense of purpose. A sense of destiny. A sense of reason for why we live. Joseph went through a lot of different afflictions on the way to fulfilling his dream. He was accused, sold into slavery, thrown in prison - yet his dream stayed alive in him.

1. Your afflictions can become the training ground for your assignment.

Joseph had a dream at 17 but Joseph wasn’t ready to lead the world at 17. "Along the way, Joseph had to be trained by God to become the man he needed to be to fulfill the dream." Genesis 37:5

2. Shake the Dust of the Past off of You

Things in life happen that can leave you scarred. Read the story of Shadrach, Meshach and Abednego in Daniel 3:27. They didn’t even have the smell of smoke after they came out of the fiery furnace.

“As for you, you meant evil against me, but God meant it for good in order to bring about this present result, to preserve many people alive." - Genesis 50:20

Joseph looked back on his past and recognized what was meant for evil, God meant for good.

3. Frame your future out of God’s promise and not out of your pain.

Joseph named his sons out of his future and not his past. It’s possible to take all the hurt and all the pain and put that on the next generation. This is his perspective on the future because he knows his sons are the future.

4. Go beyond forgetting to fruitful

Forgetting takes away the deficit, but fruitful puts a person in the positive – a place where they can make a difference.

Before the year of famine came, Joseph had reached a pivotal point in his assignment. His purpose was about to be realized. The dream has been given to Joseph not just so he could be a leader. His dream and gift were given to him to serve the purpose of God in the earth. Joseph rose above his afflictions and recognized that he was born for such a time as this.